A selection of available drawings and limited edition artworks from the Yellow collective and other contributors. 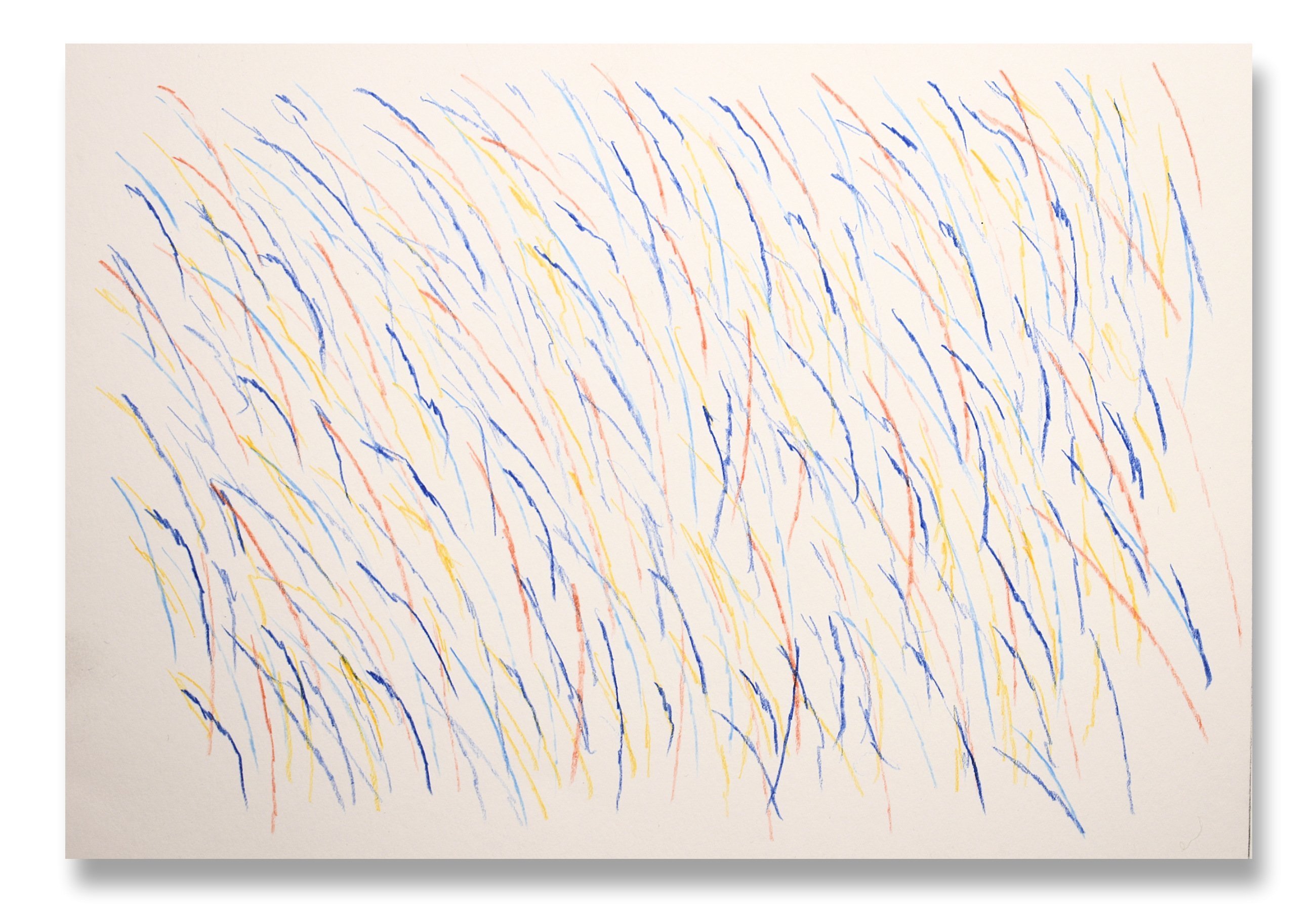 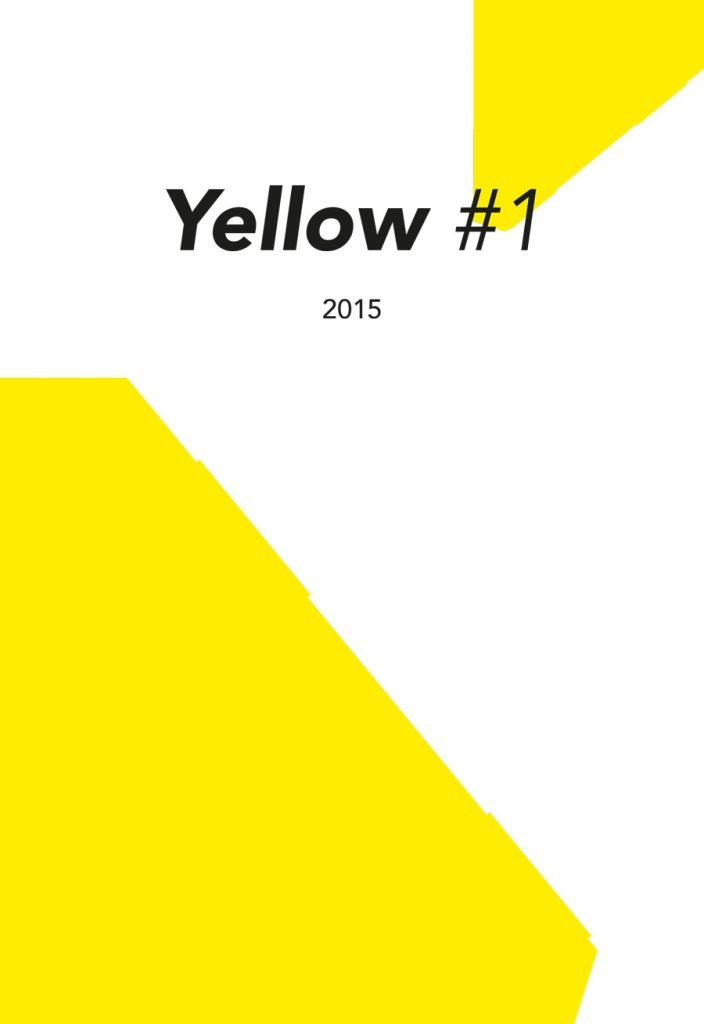 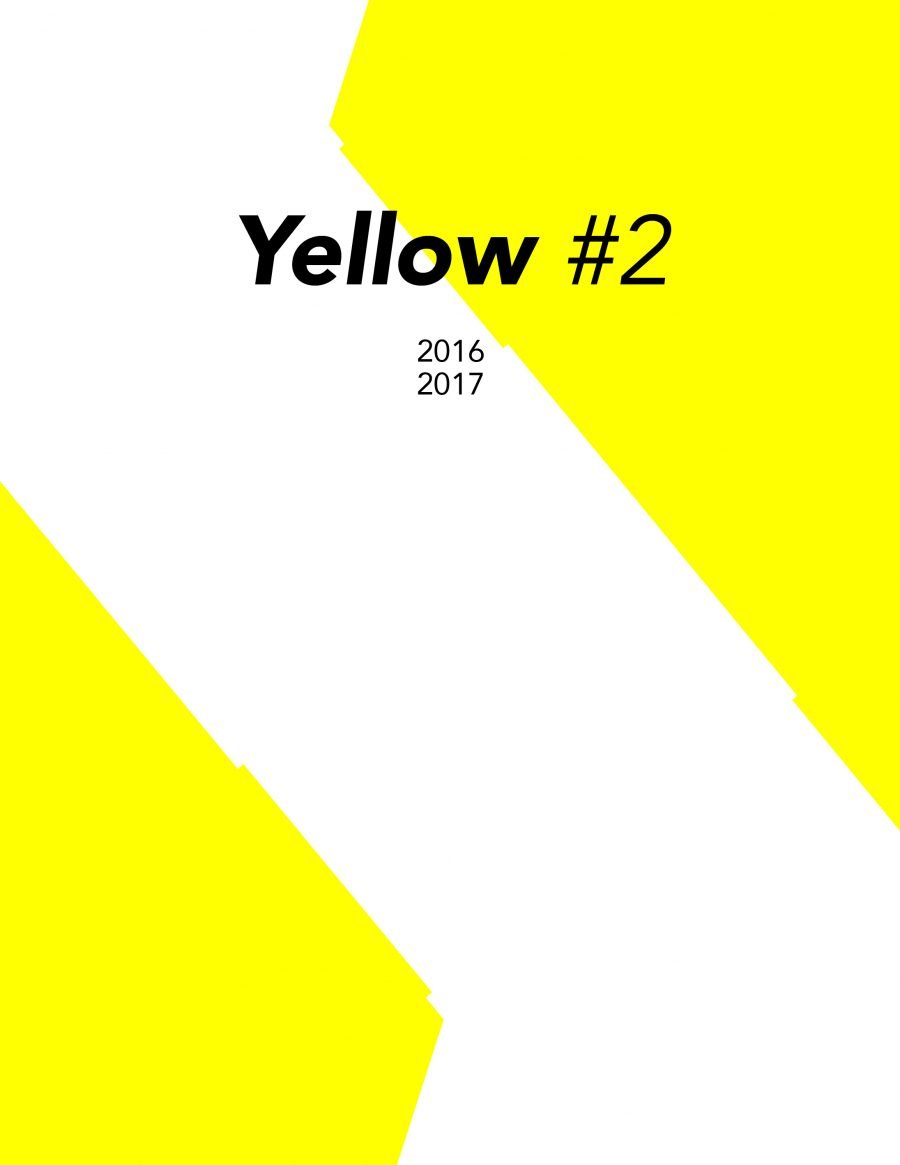 Images + Italian/English texts of Elswhere-Altrove exhibition by Yellow and Transition Gallery of London and some creative texts inspired by the Lake Maggiore region! 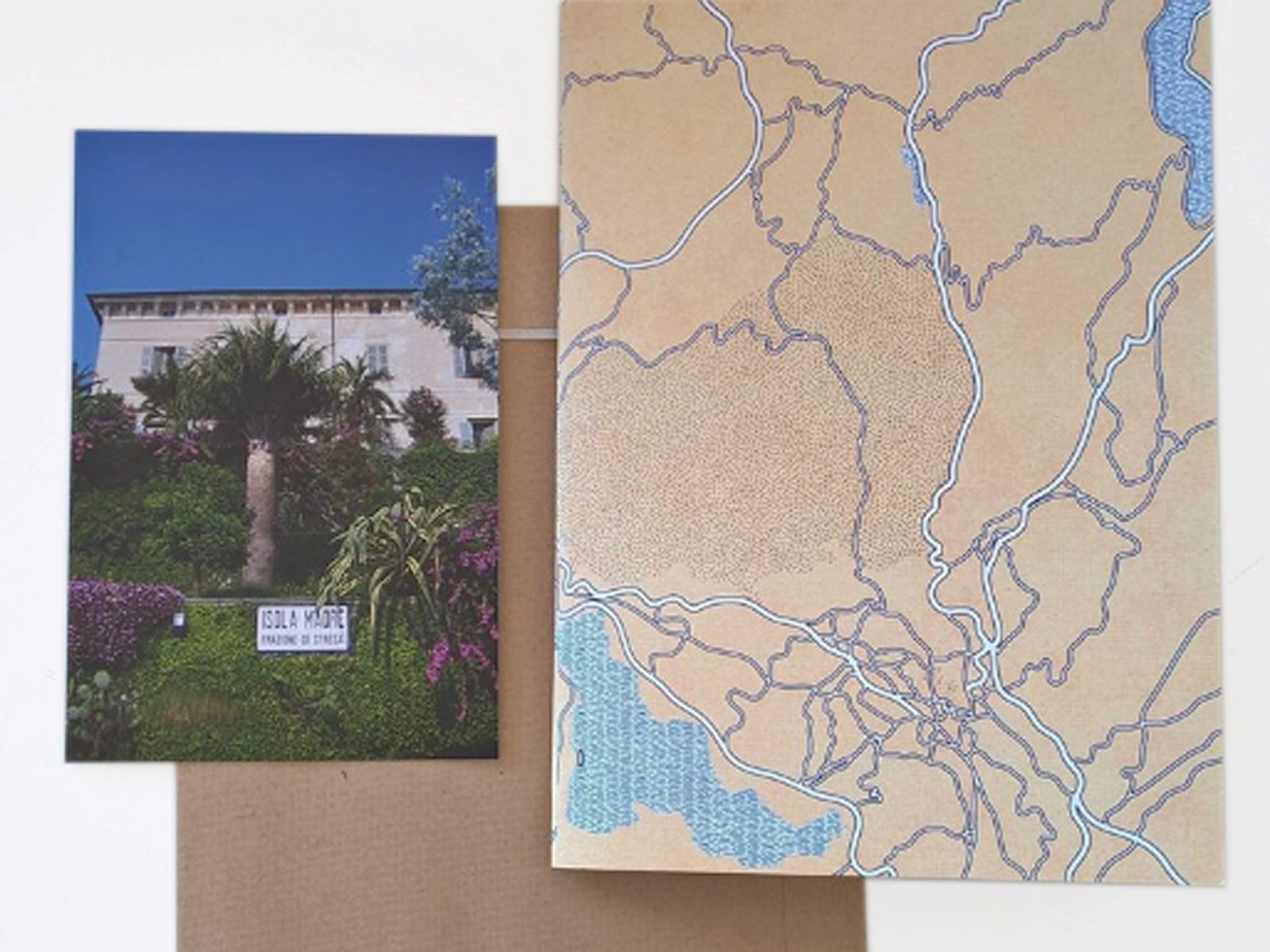 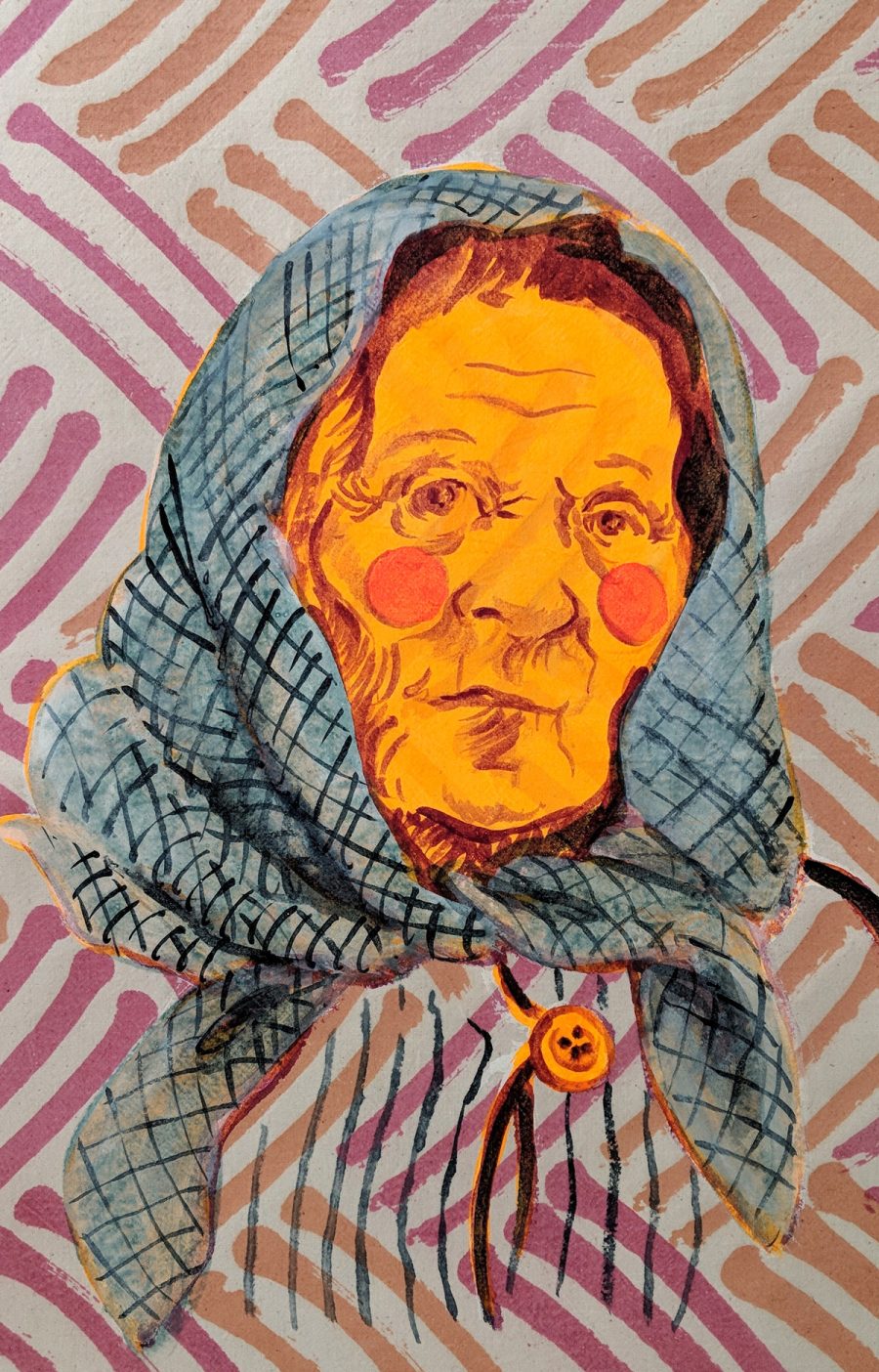 Vera Portatadino: I still recall our first meeting in your studio in 2014. I had just founded Yellow then. I took loads of notes that day, because I felt I could share with you the idea that painting has something to do with democracy and politics, despite at that time the majority of people were asking me: “why are you founding a project specifically focused on painting? Painting has nothing to say today”.

To me painting is a form of resistence, and on the contrary it has a lot to say about reality, especially now that we are driven towards virtual economies, virtual environments, virtual relationships, virtual lives. There is something peculiar about painting that has to do with time, tangibility and contemplation.

Do you agree? What are the reasons why you began to paint?

Sigrid Holmwood: Yes, I agree that there is as much reason to paint now as there ever was. Of course, the reason why began painting was the same as it is for most people – because it is something direct that one starts doing as a child without questioning it. However, the reason why one would keep painting, in the face of all the pressure not to do so is another matter.

For me, it is precisely painting’s long and complex history that is interesting. Painting allows one to practice a form of Foucauldian archaeology, unearthing how painting has had a role in constructing our contemporary selves. As you say, in its heavy and slow materiality it can also be resistance to accelerated and virtual modes of being today. While I think it has been healthy to question painting’s centrality to art, and to knock it off its pedestal, I also think the idea that painting is not ‘relevant’ simply because it has been around for a long time belies an obsession with being ‘new’ and ‘original’ that demonstrates a thrall to modernity and capitalism. Indeed, I have turned responded to this accusation that painting is old-fashioned and obsolete with some tongue-in-cheek humour by developing the idea of “peasant-painting.”

The word ‘peasant’ in English is pejorative, implying that someone is unsophisticated or backward – maybe painting is the peasantry of art-media today, something that is supposedly relegated to the past but actually persists around the world today. After all, there are still many peasants globally. With this in mind, I take inspiration from La Via Campesina – The International Peasants Movement, which activates the word ‘peasant’ in order to make a political point and counter the ways of being that lie behind industrial productivist farming. 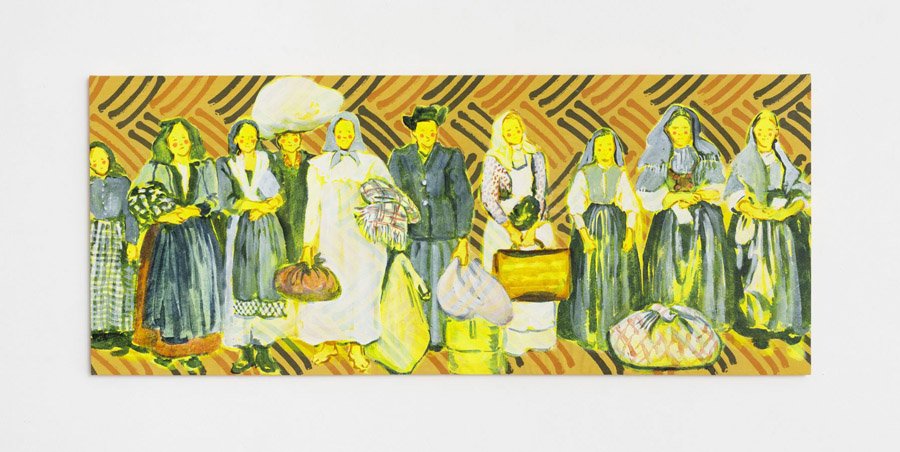 VP: Neobiota, the title of the show, alludes to a species (animal or vegetal) that migrating to a new region for various reasons – may they be spontaneous or due to human intervention – here it finds the conditions to reproduce itself and to continue its cycle of life. Similarly this has happened to the plants imported to Europe from America and to the Italian immigrants who travelled to the U.S. in the XIX ,and that you have depicted in this new body of works on show at Yellow. Your solo show Neobiota is also happening in one of the hottest sceneries for contemporary migration today. It is interesting how you are connecting all these elements together. I would like to hear more about the reasons behind this choice.

SH: Yes, you have correctly interpreted the choice of title! Since I have been working with the concept of ‘the peasant’ I have been very aware of how peasant culture was used to build nationalisms in the past in Europe – ultimately with terrible consequences in the last century. Yet, as this nation-building process was under way in the 19th century and 20th centuries, this was precisely when the poor peasants of Europe were migrating in the largest numbers. Both of my mother’s grandfather’s went to America as landless rural migrants, only they were able to return to Sweden with enough money saved to buy land and change the family fortune somewhat. It is important for us Europeans who are relatively well off in the world remember that we were once emigrant nations. And the reason why European peasants had to emigrate in the past was often due to inequality and social injustice at home, rather than war. Southern Europe has shouldered much of the burden of the refugee crisis, while only Sweden and Germany have stepped up. Quite frankly I’m disgusted at those European countries refusing to share the responsibility (and even more disgusted at Brexit).

Additionally, I what interests me about the term Neobiota is that it tries to avoid the value judgement implicit in terms such as native/non-native/invasive, which are generally used for plants but sound very problematic when used for people. So I think is worth remembering that many of the ingredients used in national dishes in Europe, originally come from the Americas, as well as many important natural dyestuffs for pigments and textiles that i have used. Some European plants – such as woad – have conversely become ‘invasive’ in America. 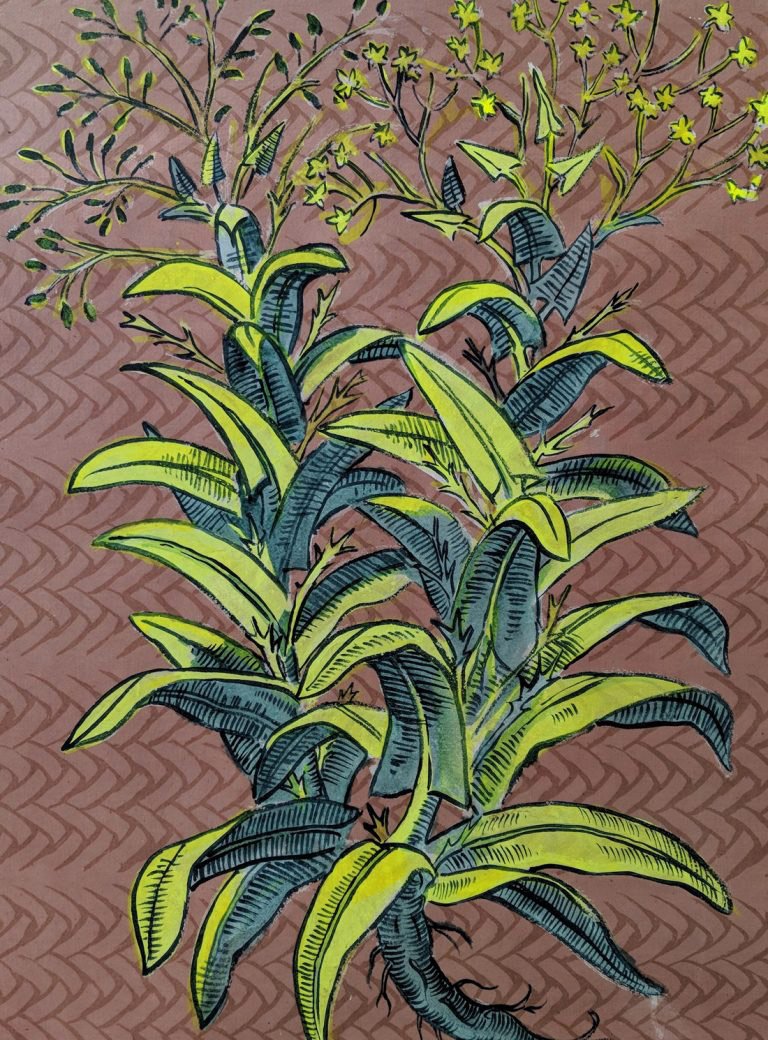 VP: As you explained earlier, you developed the role of the peasant-painter and doing so you studied and rediscovered historical recipes and methods to make pigments, paints, paper and fabric. A kind of Slow-Paint Movement akin to the Slow Food Movement. What materials did you use for the works on display at Yellow and how important and why, this aspect is for practice?

SH: All the paintings are on cotton fabric which I have dyed and printed using plant and insect dyes. The technique is similar to the method developed in India, for making fabric which was called calico in English. This fabric became so popular in the 17th century in the UK that it threatened the British textile industry. As a result, the importation of calico was banned unless it was for re-export to the colonies. Eventually, the British textile manufacturers stole the technique and were able to compete with the Indian calicos.

The pigments used are all from plants, insects, or earths – apart from the fluorescent pigment. It is there as injection of ‘impurity’ …something like an ‘invasive species.’

Making my own materials in this way, is a way to expand painting beyond the studio, and beyond the white cube, to connect it with the way its materials circulate in the world. Every pigment has a history and a story. 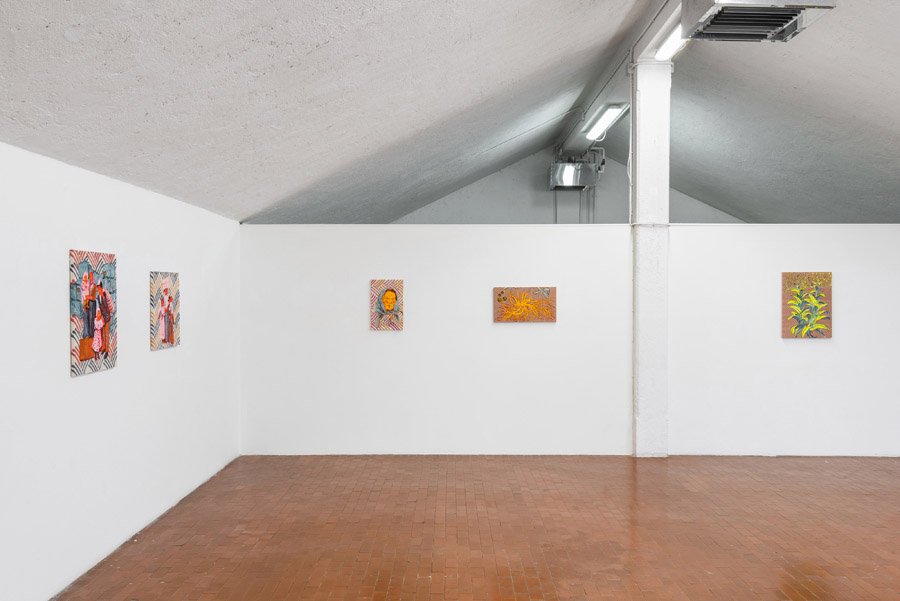 Installation view of the show Neobiota at Yellow. Photo by Cosimo Filippini.

VP: You have also made performances and workshops as part of your practice, in which you made visible the process behind the pigment-making while many artists are jealous of their “secrets” in terms of methods, processes and materials. Would you be happy to inspire other artists to conceive their role as a possible alternative to standard capitalistic ways of consumption and production? Handmade processes in painting could also be a valuable ecological choice.

SH: Yes, I am happy to share the recipes – after all, I only got them by researching the work of others in history, as well as experimenting. I’d also be happy for more people to make their own paint, or at least to think ecologically about the ingredients. I am against the idea of privatising knowledge (such as bio-tech firms patenting traditional medicines of non-western cultures), and sharing can be one way to subvert these attempts. I also design my performances to be a bit of test… like the test of an apprentice for the guild. I don’t hand out notes and make it easy for the viewers. They have to pay attention, and make their own notes. In this way I feel that only those that really have the passion will listen and absorb the knowledge. 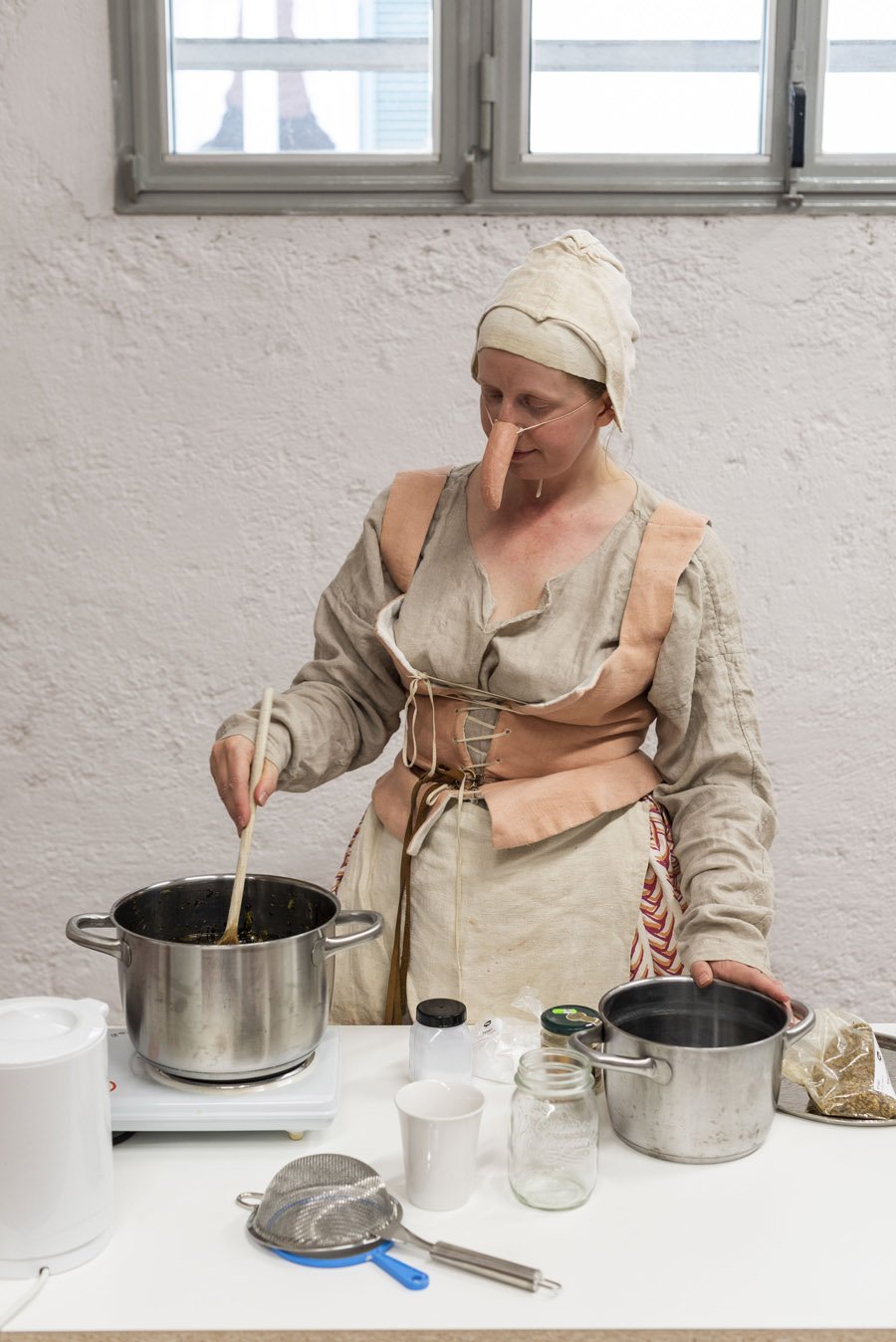 Sigrid Holmwood performing at Yellow, making yellow pigment out of Genista cultivated in Italy by Yellow. Photo by Cosimo Filippini.

VP: There is a certain sense of humor that lies in your work. For example, I think about the paintings “Dancing Left to Right” and “Dancing Right to Left”, that you showed last year at Annely Juda Fine Art, for your solo show “The Peasants are Revolting!”. There is a mix of grace, power, energy and clumsiness too. They dance but they march. I think as well of their noses which are exaggeratedly big and funny, while there something serious going on too. Another detail that caught my attention, is the way you painted the cheeks of the Italian immigrants in the works you are showing at Yellow. Bold fluorescent circles, just like the ones stereotyped by children in some of their portraits or the red ones worn by clowns. Do you consciously seek for some subtle sense of humor in your work?

SH: Yes, there is a profound link between the figure of the peasant and the figure of the clown that goes back to Comedia del’Arte. I am also inspired by the writing of Bakhtin on the Carnivalesque. In the carnivalesque humour is political and seeks to destroy hierarchies and bring down everyone to the same base materiality. We are all human, that piss, shit, and make love – including immigrants looking for a neobiota. 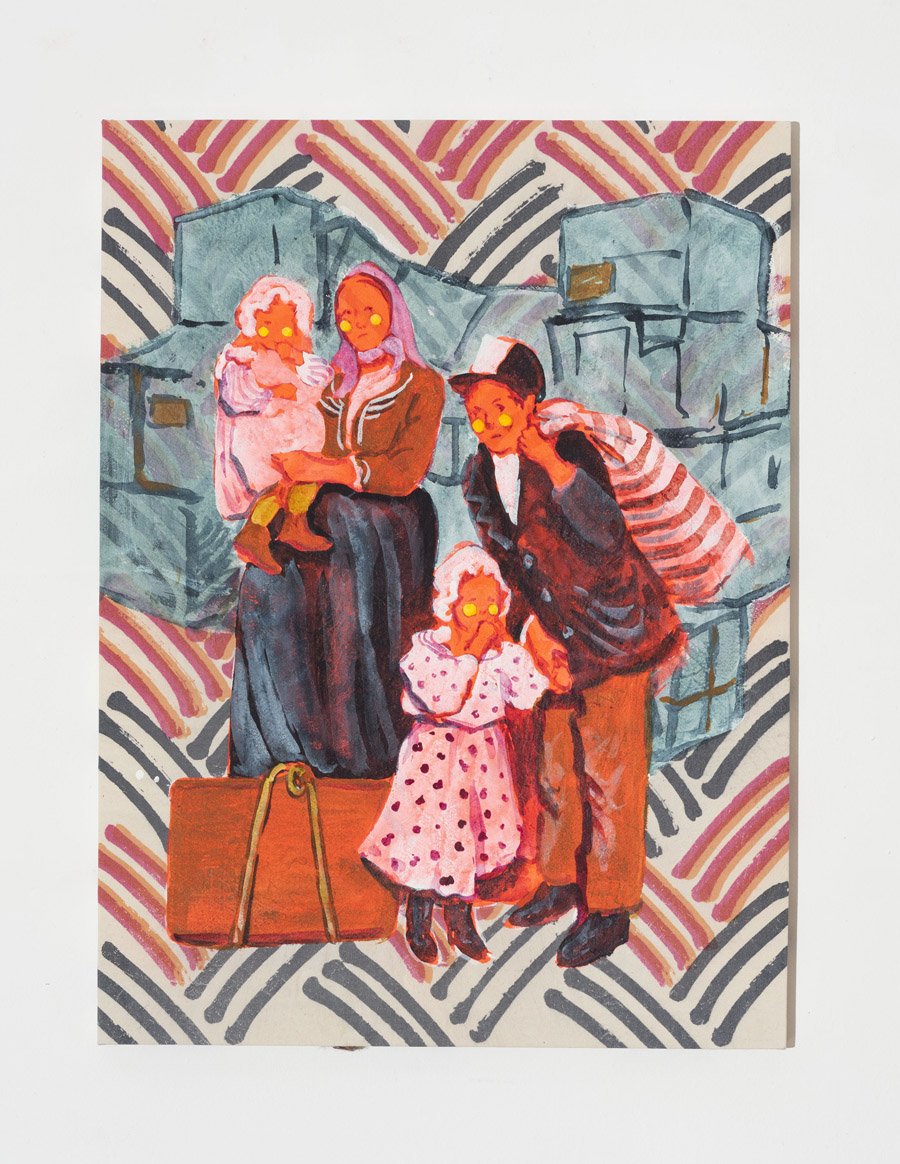 To see all the images of the show Neobiota, click here 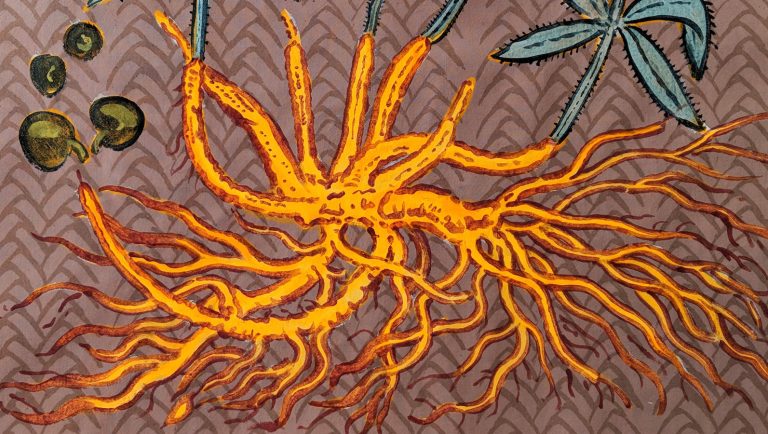 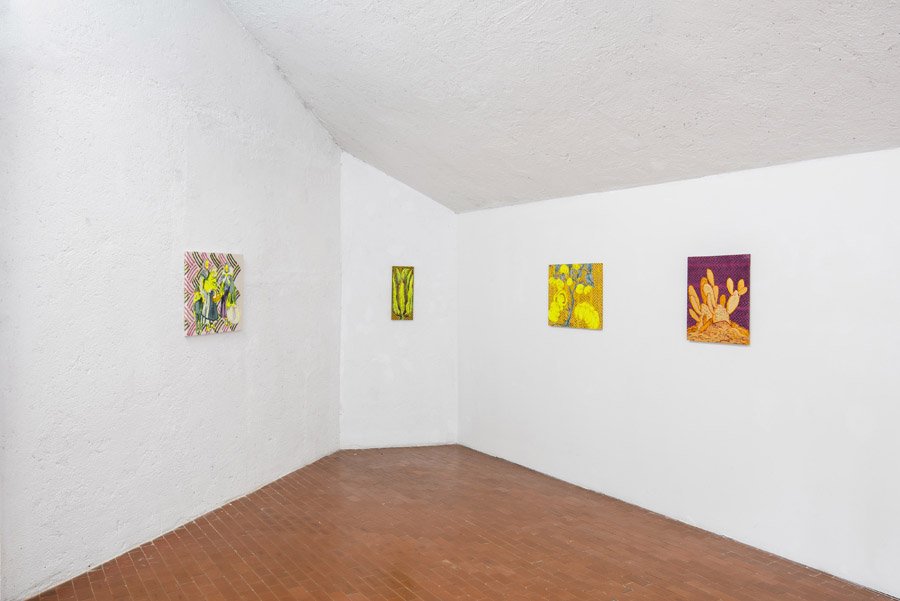 Installation view of the show Neobiota at Yellow. Photo by Cosimo Filippini. 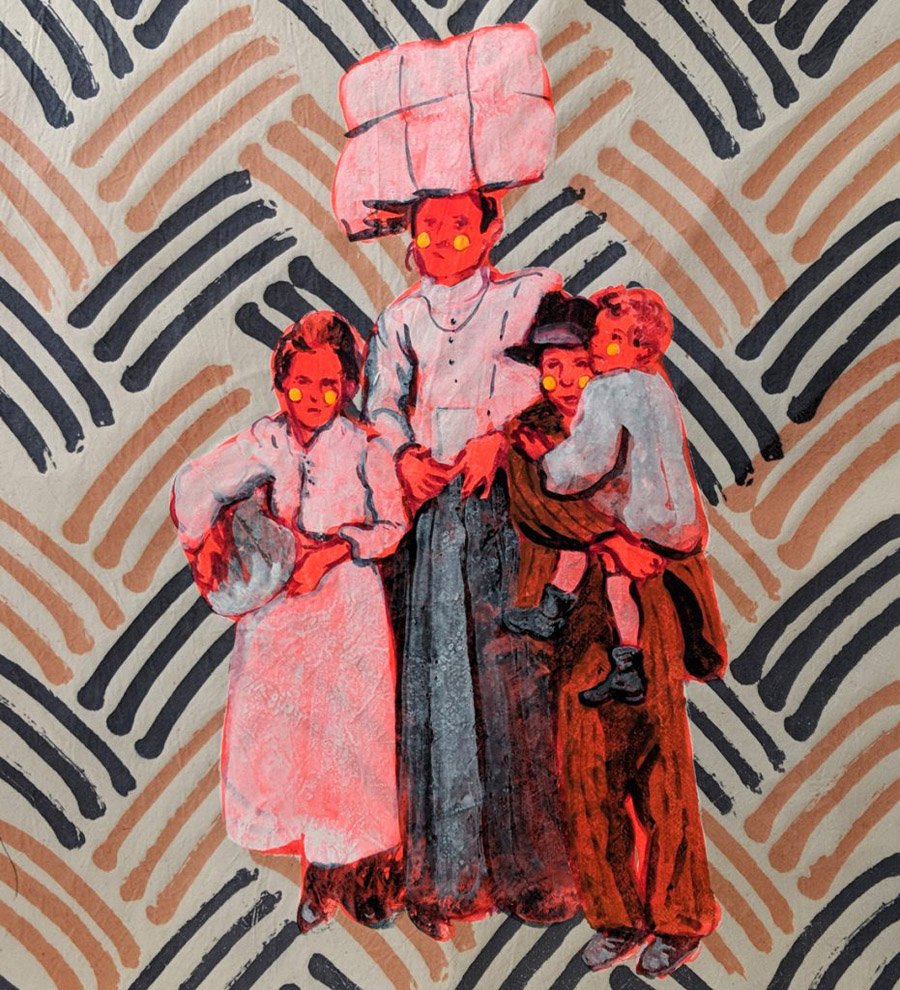 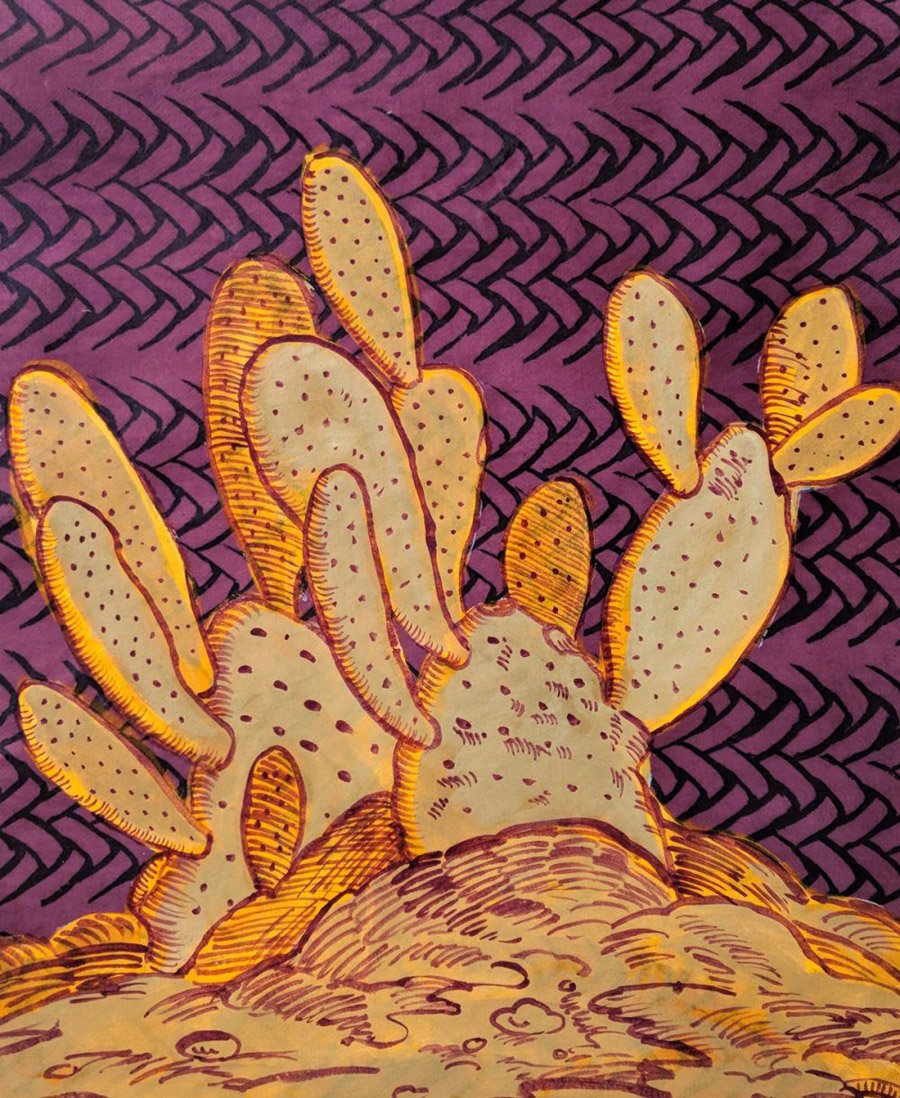 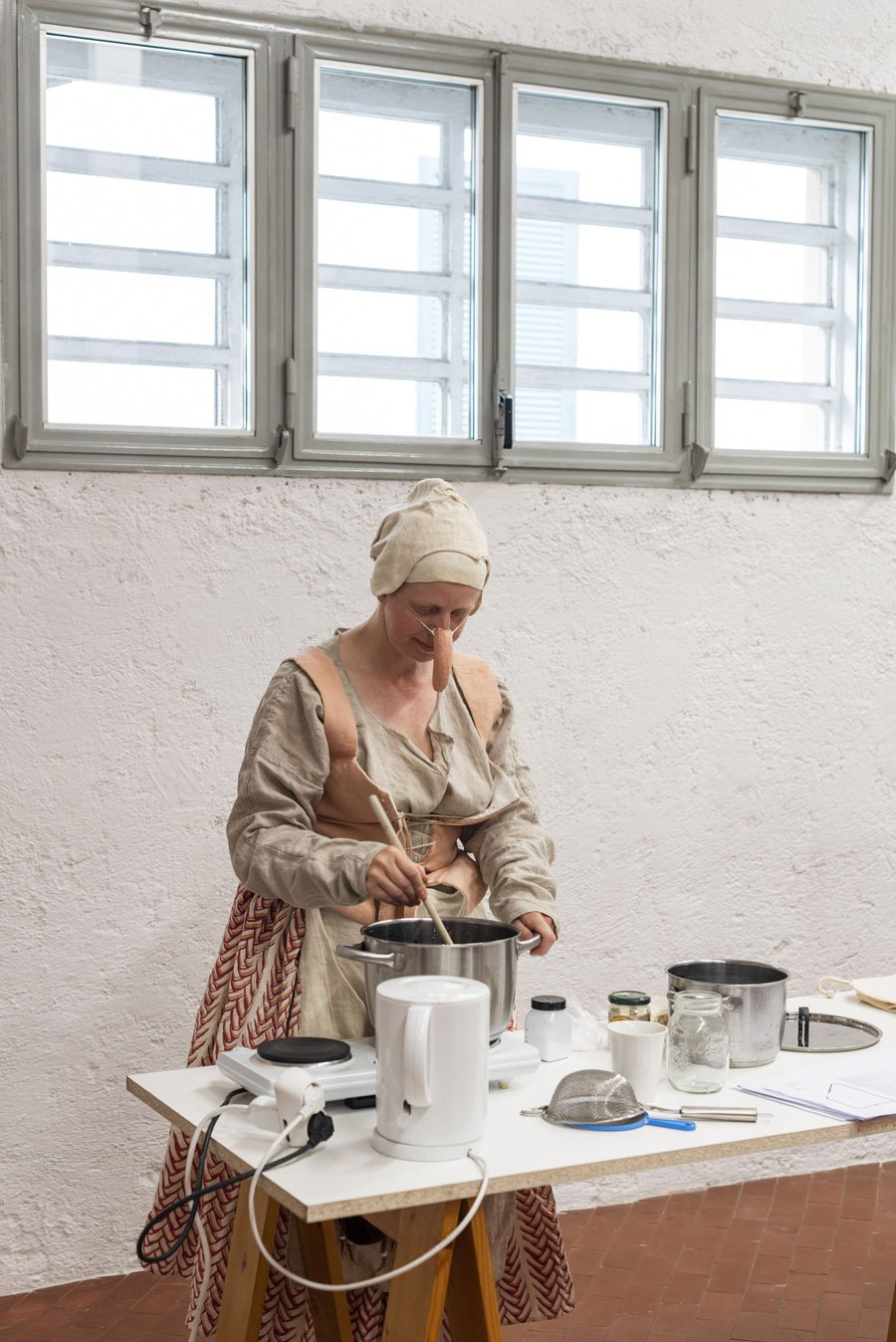 Sigrid Holmwood performing at Yellow, making yellow pigment out of Genista cultivated in Italy by Yellow. Photo by Cosimo Filippini.

Yellow is a vibrant scenario for painting.

It’s a research project and a non-profit space focused on contemporary painting, where Italian and international artists are invited to meet, interact, experiment, present and discuss their own work.

Founded in 2014 by artist Vera Portatadino, Yellow used to be part of Zentrum – a platform for contemporary art based in Varese – together with Surplace, Risse(e) and Anonima Kunsthalle.

Now it has opted for a nomadic nature. 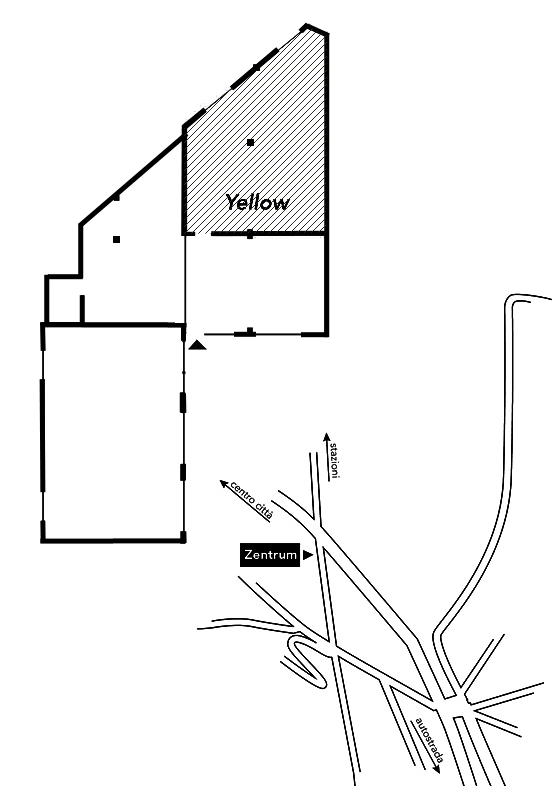